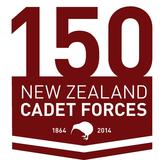 2014 for NZCF celebrated a huge milestone in being 150 years young,
making it the oldest youth group of its kind in New Zealand. Cadets
began at Dunedin High School (now Otago Boys' High) in 1864 and is now
a nationwide and progressive youth organisation.

The celebrations began with the CADET150 camp at Waiouru in January 2014,
with nearly 1000 cadets on camp, plus staff and a delegation of
International Cadets.

Cadet Units are being encouraged to develop significant local activities during the year which highlight their activities and to raise the profile of their Unit and its contribution to their communities.